Matthew is the youngest of our three boys. He has been diagnosed with Mitochondrial Disorder Complex I and III, Chronic Intestinal Pseudo Obstruction, FTT and Glucose Intolerance. He has been through countless tests and procedures in the past 8 years . We do not know what the future holds for him, but we are going to do our best to cherish every day with him. Stay strong little man.

Just a quick update . We will be traveling back to Boston next Thursday. Matthew will be admitted to MGH. He will be given IV fluids overnight and is scheduled for both a J-tube and G-tube change. He will also be having a quick sigmoidoscopy done to examine his rectum. He has been having the same type of lower abdominal pressure that he was having before his colon was removed. He has also been passing bloody mucus like stool almost daily. This shouldn't be happening without his colon. We had a stool test done last month and got the results back last week. The test was a Calprotectin test. It looks for inflammation within the bowels. The normal range would be anything less than 50. Matthew's came back extremely high at greater than 2500. This would explain why he feels the pressure. Again, he isn't complaining about it and says it doesn't hurt. His pain tolerance is definitely that of a Super Hero.

Matthew just spend a very unexpected and long month in Boston. Which should have been a 2 day trip for some testing, ending up being 30 days. Matthew had emergency surgery to remove his colon and appendix. He had 8 sedated procedures and a few unexpected complications, but today he is home. This video is a glimpse into the obstacles that he faced and fought through. It's also to "Thank" all who have supported and helped our whole family through this pretty big bump in the road.

We will be traveling back to Boston later this week for the first of three trips in the next month. Matthew will be having his motility studies done on Friday. We will also be seeing a genetic counselor and then have our blood drawn for the Whole Exome Sequencing testing. This is a very expensive test that took us a long time to get approved by both the hospital and Matthew's insurance . We are glad that it's finally getting done.It's been almost 3 years.  We are trying to also fit in an orthopedic clinic appointment while there. Matthew has been having increased foot pain in both feet now. He has been limping off an on daily.


The second trip will be on Matthew's Birthday in November. Matthew will be having a repeat gastric emptying test done. He is super happy that he will be eating radioactive oatmeal for the testing. He said its a great Birthday treat. Only Matthew would think that radioactive oatmeal sounds good. We will be staying through Saturday the 7th to see the Fenway Spartan Race. A team of "Mighty Matthews" will be participating in the race . It should be pretty cool to see .

Our third trip is also in November. Matthew has some follow-up appointments with Cardiology, Metabolism, Complex Care and possibly Nephrology.

I put together a new video and used it for Mito awareness week.

Also, Matthew attended a family camp weekend a few weeks ago and performed in the talent show with his new freinds .

Only 2 more days. Lets see how many votes Matthew can get. :) Just click the link below and click on the blue heart to vote . Thanks everyone http://bit.ly/1QNRuNW 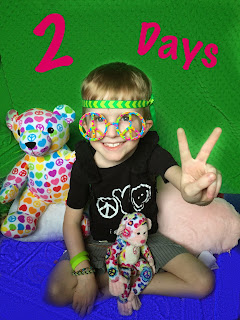 Matthew is one of only 12 Semi finalists in a Disney Kids Remember video contest. The video with the most votes at the end of the 2 week period wins. The prize is a family trip back to Disney World. This would be so cool if Matthew could win. All you need to do is click on the link and go to the semi finalist gallery and click on “Prince Mighty Matthew’s” video. He is wearing a blue shirt and hat. Click the “Vote “ button on the bottom left of the video. You can vote once a day. Please share with friends and family. There are only 7 days left to vote. Thanks so much 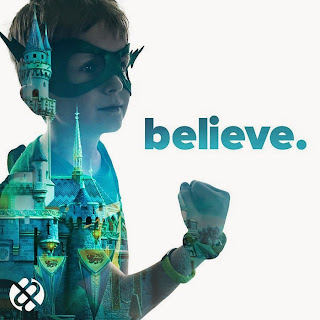 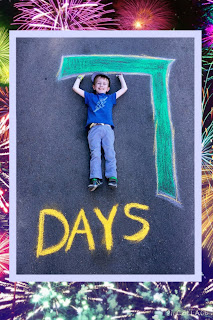 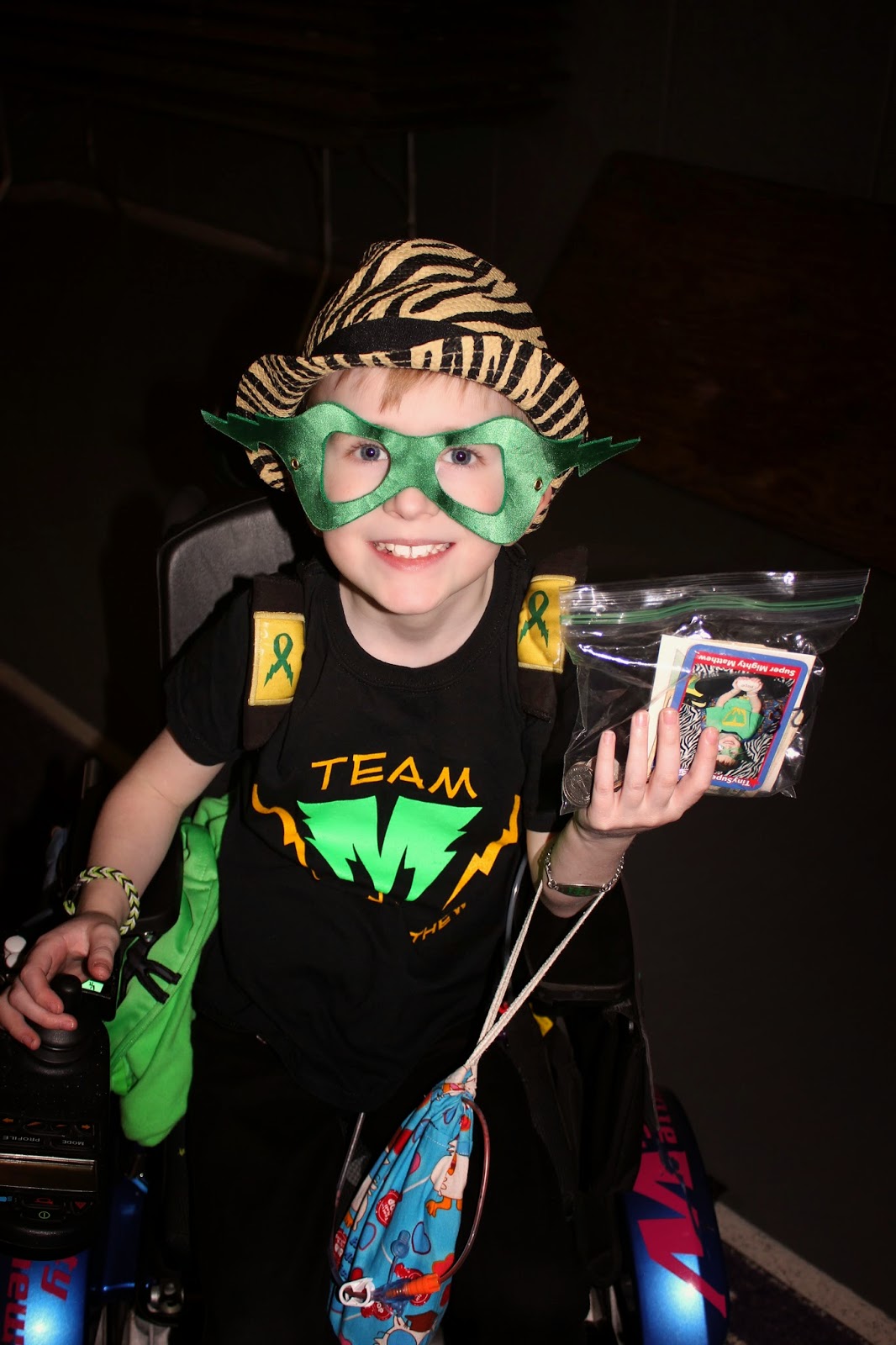 Spring has finally arrived here . The snow has melted and buds are on the trees. I would like it to be a little warmer, but its better than it was a few weeks ago. Matthew has been out a few times with the warmer weather. Spring is his favorite season.

We were in Boston last Tuesday through Friday for Matthew's GI appointment and his tube change surgery. His GI appointment went ok as far as his growth goes. He is now 10 1/2 yrs old, 46 inches tall and 40 pounds. :)  He had an x-ray of his abdomen which showed stool in his rectum. Although he has an ileostomy , he should pass small amounts of stool normally every few weeks or so. We have been a little concerned since he has not passed any stool in over 6 months. He had a fecal impaction removed surgically  at the beginning of October and has not pooped since. It looks like the stool is again collecting in his rectum. We will have to follow up with GI if he is not able to pass it using suppositories( they typically don't work on Matthew). 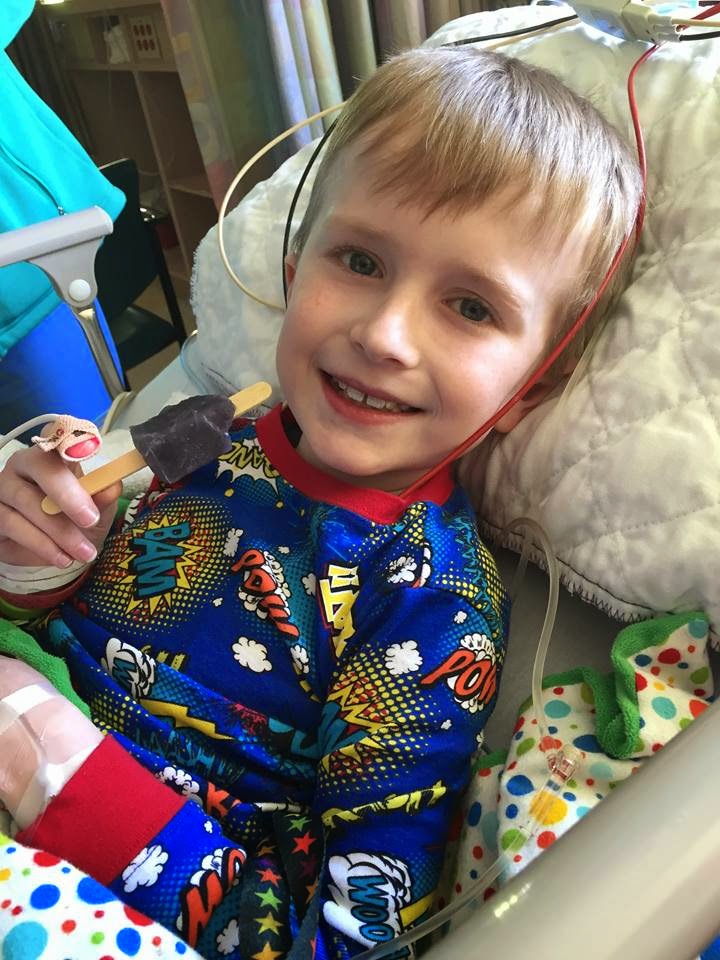 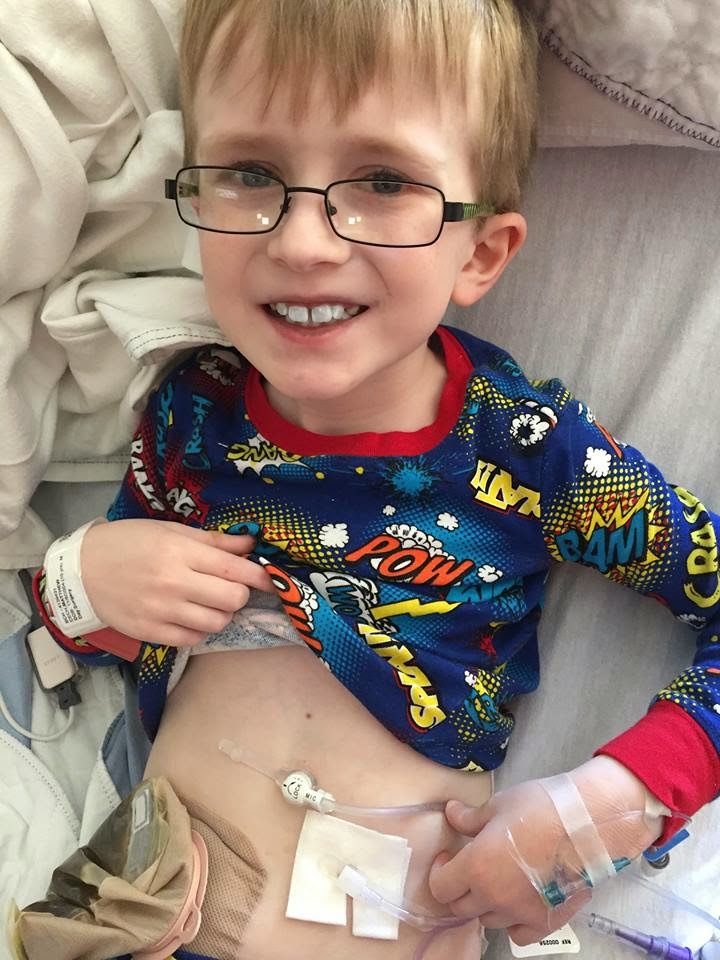 In true Matthew fashion there was a problem with the tube change. We spoke to the surgeon who said the tube change took longer than expected due to an issue with the tube. He said Matthew did well but the tube they were going to use tore while he was checking it. There is a metal piece that is used to flatten the tube when it gets inserted. The surgeon put the metal piece through the tube. Luckily he checked it beforehand, otherwise he could have put the metal piece through the intestine. Part of the delay was them trying to find another tube that was similar to the damaged one. They didn't have the one he was supposed to get so they were forced to insert a different brand. Matthew has used this brand before but it gave him problems with infections and granulation tissue growth. He's had the new tube for four days and he's already having issues with leakage from the stoma and skin irritation. Hopefully this will clear up but we will be contacting the surgeon's office to let them know what is going on.
We go back to Boston in a couple of weeks to see Endocrine and Physiatry (Rehab doctor). We'll be meeting with the Endocrine doctor to discuss some concerns we have with his glucose. We are hoping to allow him to eat some soft foods and clamp his G-tube. In the past when we've done this his sugars get really high. We want to have a plan in place if we decide to do this.
Matthew is going to be going to middle school in the fall and we will be meeting with the rehab doctor to see if there is some things we can do to help his endurance. We are looking at Matthew having a shortened school day. He will also continue to use his power chair to travel throughout the school like he does now. He will need to focus his energy on his academics since he will be switching classes, and will have more work to do. It's hard to believe that he is almost out of Elementary school.
Posted by nyveggie at Sunday, April 19, 2015 1 comments

Donations to Mighty Matthew for travel and medical expenses 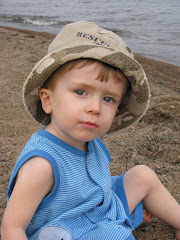 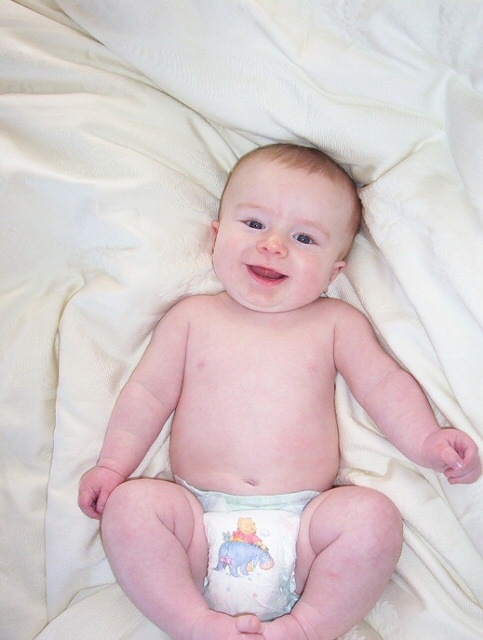 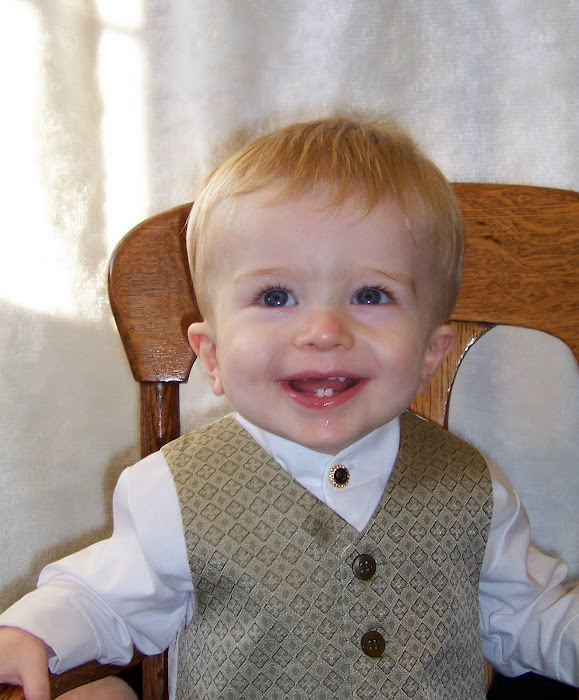 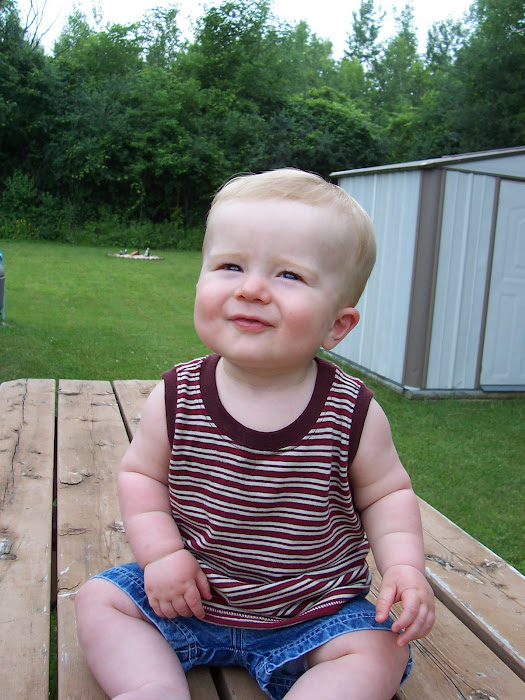 This was before we noticed Matthew's symptoms